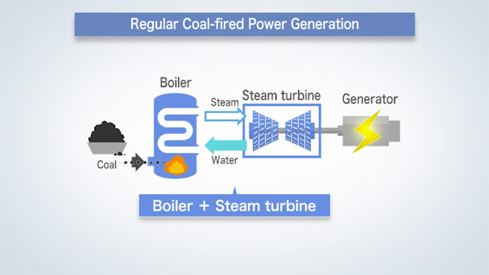 The heat generated when coal is burned in the boiler is used to convert water into steam, and the steam’s expansion force is used to rotate the steam turbine and generate power.

Coal is gasified in the ‘Gasification system’ to produce fuel gas. After the fuel gas has been cleaned in the ‘Gas clean-up system’, it generates power in the ‘combined cycle power generation system’ consisting of gas turbine and steam turbine. 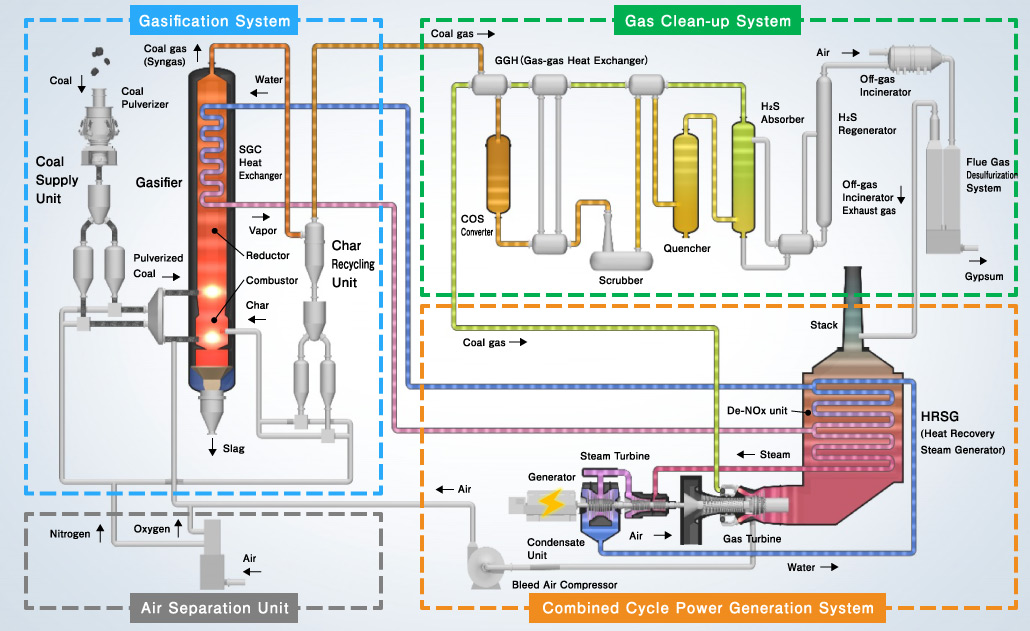 *If you click the name of each equipment, you can read its explanation.
（Gasification system,Gas clean-up system,Combined cycle power generation system）